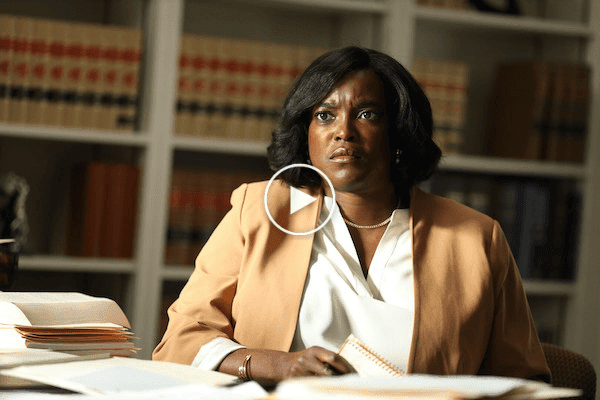 • Nigerian actress Wunmi Mosaku won Outstanding Actress in a Limited Series at the 2022 Black Reel Awards for her role as Nicole Steele in HBO crime drama We Own This City
• Co-created by David Simon (The Wire’s creator)
• 93% critics’ rating on Rotten Tomatoes
• Based on the true story of America’s Gun Trace Task Force scandal
• “Humane, thrilling, and infuriating… a blistering and brilliant cop show about the corrosion of American law enforcement and America itself.” Entertainment Weekly

Fans of The Wire, thank me later…

Fun fact: Wunmi Mosaku is a Nigerian-British actress with Ghanaian roots – her grandmother was born and raised in Kumasi, Ghana.

Nigerian Wunmi Mosaku won Outstanding Actress in a Limited Series at the 2022 Black Reel Awards for her role as Nicole Steele in We Own This City, which is now available to binge on Showmax. The HBO crime drama was also nominated for Outstanding Limited Series, Directing (Reinaldo Marcus Green of King Richard fame), Writing (for D. Watkins), and Supporting Actor (Jamie Hector from The Wire and Bosch).

According to a 2021 BBC Culture Critics’ poll, HBO’s hit 2000s crime drama series The Wire is still “the greatest TV series of the 21st Century”. With We Own This City, The Wire’s creator, Emmy winner David Simon, returns to Baltimore for the first time, to chronicle a real-life scandal that broke in 2017: the story of a city held to ransom by its own police force when the policies of drug prohibition and mass arrest were championed at the expense of meaningful police work.

Simon and co-creator George Pelecanos (The Wire, The Deuce) adapted the six-part series from the non-fiction book We Own This City: A True Story of Crime, Cops and Corruption by Baltimore crime reporter and Pulitzer Prize finalist Justin Fenton, about the corrupt Gun Trace Task Force. “This is not just make-believe,” says Green. “Every story in this series was based on some real-life, true event… It feels authentic because it is.”

Wherever possible, filming took place in the actual locations where the events happened, drawing extensively on the evidence and court documents relating to each incident to recreate it in detail.

“It was quite emotional to be hearing the stories from passersby telling us what it felt like, and what hasn’t changed, and what needs to change,” says Mosaku, who won a BAFTA for Damilola, Our Loved Boy and a British Independent Film Award for His House; was nominated for Critics Choice, Critics Choice Super and Screen Actors Guild awards for Lovecraft Country; and has acted in Emmy-nominated shows like Loki, Luther and The End of The F***king World.

In We Own This City, Mosaku’s character, Nicole Steele, is one of the few who is not based on any one real-life individual, but rather represents a number of people in the Civil Rights Division of the Department of Justice. “I felt like Nicole while I was reading the scripts,” Mosaku told The Guardian. “I was like, ‘How did this happen?!’”

For the actress, who was born in Zaria in Nigeria but has lived most of her life in the UK, the issues raised in the series are both personal and very real. “It’s very different living here now and being Black in America, being married to an African American, knowing that my future is here and therefore, my safety is in the hands of the people in charge. It’s very sobering and scary. It does feel different, being in a country where police officers have guns. That’s not a thing in the UK.”

“[It’s] extraordinary… that the word ‘police’ doesn’t evoke the feeling of safety in you. That’s so profound; I feel like so many people just ignore that. They just don’t relate to that. And I have to acknowledge that I have a privilege – in the UK, as a woman, I’ve never really encountered the police, whereas all of my Black male friends have. And then in the US, when we get stopped by the police, the way they interact with my husband? Very, very intimidating. Very, very scary for me. We’ve made a little thing, where I make sure I say something… in a very, very English accent, and the crazy thing is, the next thing that generally comes out of their mouth is like, ‘Oh, hey, where are you from?’ The interaction completely changes because my accent now makes them interact with my humanity. I don’t know what it is, but all of a sudden, they’re like, ‘Oh, she’s British.’”

On what she hopes viewers will take away from the series, Mosaku says, “Whether or not you feel safe, if the police, and policing, and the justice system and the society is corrupt, we’re not safe. If there is that kind of pain being inflicted by the people that you deem safe, you’re not safe.”

Mosaku adds, “This needs [to be] addressed and fixed and cut out, and replaced and reimagined, so that there is actually room for hope. ‘Cause we’re all here, sharing it, and some people get the luxury of feeling hopeful. And some people just… don’t.”

We Own This City has a 93% critics’ rating on Rotten Tomatoes, with the critics’ consensus calling it “a spiritual successor to The Wire.” Entertainment Weekly praises We Own This City as “humane, thrilling, and infuriating… a vital frontline depiction of American unrest” and asks, “What happened to our cultural reckoning with TV cops? After the murder of George Floyd led to global protests, the future of onscreen police looked grim. [But]… tough-on-crime electioneering has already trickled down to television, where well-funded paramilitary hero police defend good citizens from obvious bad dudes. Welcome to 2022, where 2020 never happened. So thank holy hell for We Own This City, a blistering and brilliant cop show about the corrosion of American law enforcement and America itself.”

Watch We Own This City on Showmax: https://www.showmax.com/eng/tvseries/6w8i1552-we-own-this-city

Re-watch all five seasons of The Wire on Showmax:
https://www.showmax.com/eng/tvseries/3r70w42v-the-wire

House of the Dragon comes to Showmax in Ghana